SethBullock said:
The Pentagon will do as it's told
Click to expand...

A private who had served in the First Kentucky Infantry for three months, proved to be of the wrong sex. She performed camp duties with great fortitude, and never fell out of the ranks during the severest marches. She was small in stature, and kept her coat buttoned to her chin. She first excited suspicion by her feminine method of putting on her stockings; and when handed over to the surgeon proved to be a woman, about twenty years old. She was discharged from the regiment, but sent to Columbus upon suspicion, excited by some of her remarks, that she was a spy of the Rebels.

The author of this book made another trip down South, was captured, imprisoned at Richmond Va, escaped and reached Union lines in East Tennessee with the help of Daniel Ellis, the great union guide of East Tennesee,

SethBullock said:
It seems that some 50 years later, that sort of fruitless and insane strategy was still being used in WW1. Thousands and thousands of young men were sent out of the trenches on suicidal charges against entrenched machine guns. Those charges had zero chance of success and a 100% certainty of death or wounding.
Click to expand...

Took Australian Lt General John Monash to show the Allies how to attack:

This was no unusual scene. Whenever the guns began to pound, his mild eye would flash with fire. He would remove his artificial teeth, which became troublesome during the excitement of battle, and place them carefully in his pocket; raise his spectacles from his eyes and rest them upon the forehead, that he might see clearly objects at a distance; give his orders to subordinates, and then gallop headlong into the thick of the light.

Took his teeth out before battle!

It was a tall order: ‘Wanted—rugged bushmen, sportsmen, and miners who speak good French.’

Cleary, Paul. The Men Who Came Out of the Ground: A gripping account of Australia's first commando campaign (p. 3). Hachette Australia. Kindle Edition.
Click to expand...

Who speak good French, LOL! Officers asked the men if they had been absent without leave to find if they had gotten away with it. These were inserted into West Timor, along SE Asian coasts to observe Japanese naval movements etc, helped heaps with organising effective naval and air strikes.

Staff member
Hmmmm Jap invasion of Timor was after Pearl Harbor. When it was found Company C of the doomed Sparrow Force was still in being Aust defence chief Blamey wanted it withdrawn but McArthur (son of US Civil War Gen Arthur McArthur) could see it would be useful and so the company was left there and supplies were sent: especially boots which lasted a month on the rough tracks. Two tiny ships, biggest of 100 ton, to supply the company had to sail without air cover etc from Darwin to Timor and back.

Staff member
I have a DVD (but no player yet) of the “Last Stand of the USS Houston” which with HMAS Perth were the largest all gun (no aircraft carrier) ships left of the Asiatic Fleet. I was urged to look at that by my yank brew buddies. (both were sunk.)

HBS Guy said:
(but no player yet)
Click to expand...

you should be able to play it on your pc

Staff member
Macs no longer come with CD/DVD drives. But they are not expensive even for a burner/player. Hook it up to the TV or the Mac.

Staff member
How to load and fire a civil war cannon:


Sharpshooters made the life of artillerymen hazardous, they would concentrate on picking off the guncrews. Infantry could be drafted in to help but would be much slower at getting the gun loaded, aimed and fired. In the siege proper of Vicksburg union cannon (mostly rifled) and sharpshooters pretty much meant the rebels fired off very few shots at the besieging Union infantry.

The gun would recoil a hell of a lot further than you see in this picture, civil war movies and re-enactments of battles, they use a much reduced charge. Boats and ships carried much bigger cannon than an army could cart around on land. Grant got naval guns to join the artillery around Vicksburg—it took a huge team of oxen to drag them from the dock to the artillery line.

At some battle, sorry can’t remember which, an enraged Stonewall Jackson was walking back and forth in front of a battery, with a perfect storm of minie balls (bullets) whistling around him berating his artillerymen for being cowards hiding in their trenches. How the fuck he wasn’t hit I do not know! The gunners stayed in their trenches.

Staff member
I'm glad we don't have much to talk about on this thread other than history. Monk's command of knowledge about our Civil War is greater than mine. I have a voluminous book, "Battle Cry of Freedom", by James McPherson, 867 pages, on the Civil War which I'm going to start reading tomorrow. Maybe I'll be able to catch up with Monk.

Biden's pulling us out of Afghanistan which I agree with, even though it will result in the taliban taking over Afghanistan shortly thereafter. Meanwhile, not much going on in Syria, just the status quo. And Iraq, where we have a small number of troops doing training.

Hopefully, our present leadership doesn't bumble its way into some stupid foreign war.

And the Israel-Hamas hostilities appear to be settling down, although I just saw in the news of a Hamas attack followed by an Israeli reprisal strike. Frankly, I'm pretty ho-hum about that. This latest round of hostilities were not the first and probably won't be the last.

Staff member
I have the Battle Cry of Freedom.

Staff member
Lincoln, after some reverses, was afraid that if the South won their independence than the “Government of the people by the people” would die out.

If the South had won their freedom it would have been like Germany and France. Possibly a Western (Midwest) republic would pull out of the union.

The Eastern front, apart from Antietam and Gettysburg was a record of failure. Very possibly because people like McLellan were suddenly leading huge armies. In the west people like Grant and Sherman started out as colonels and brigadier generals. Benton was an affair of 3 or 4 regiments on the Union side and before that unsuccessful hunts for guerillas also involving one or a few regiments. Forts Henry and Donelson involved three divisions on the Union side. And Shiloh five divisions.

Staff member
If you want to know more about Sherman’s March to the Sea:


Gone with the Wind is a nice book but not an accurate account—full of “Lost Cause” nonsense.

Staff member
I am reading “
Twelve Years a Slave

A free negro living in New York, enticed to the slave territory of Washington (the city) then drugged, bound, shipped to New Orleans and sold into slavery. (Washinton is on territory in the state of Maryland which was a slave state—Lincoln made sure to keep large union forces in Maryland throughout the Civil War.)

Just reading a bit where his (part) owner wanted to and attempted to hang him.

The book came out after Harriet Beecher Stowe’s fictional Uncle Tom’s Cabin and reinforced the message of that book. While not every Union volunteer soldier was an abolitionist, the two books did increase the number of northeners committed to abolition of slavery.

More than once I heard it said that Platt Ford, now Platt Tibeats—a slave's name changes with his change of master— 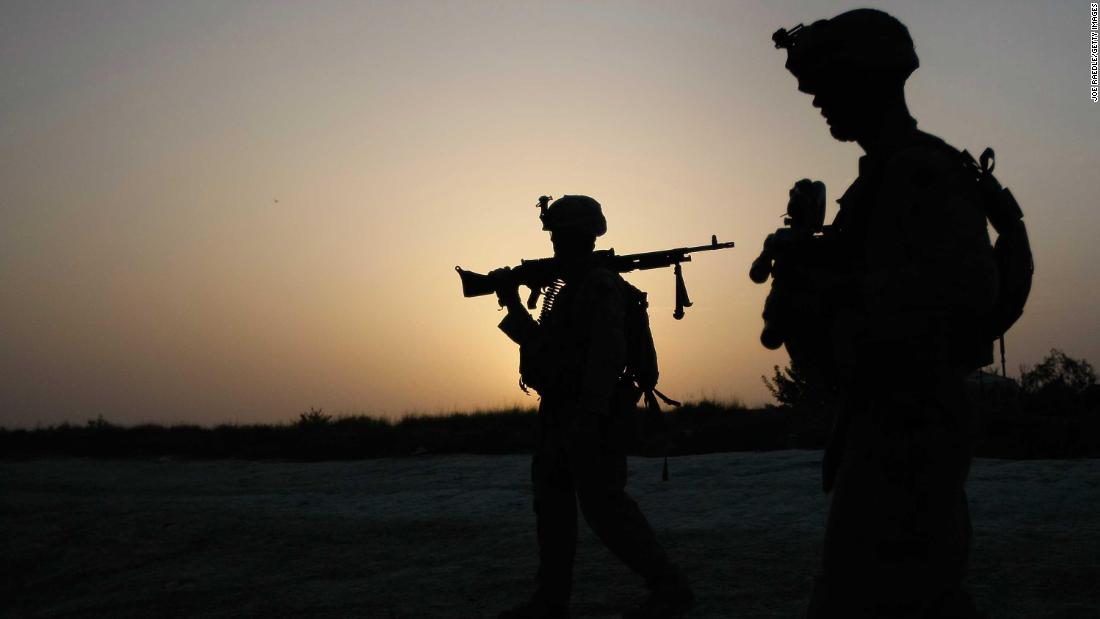 US days from completing formal Afghanistan withdrawal but up to 1,000 troops could remain

The US could complete its troop withdrawal from Afghanistan within days, according to multiple US officials, making this a critical week in President Joe Biden's campaign to end America's longest war even as US military officials warn the country could devolve into civil war.

US days from completing formal Afghanistan withdrawal
Click to expand...

Staff member
The U.S. embassy in Kabul is telling U.S. citizens to leave the country. The only question is how long before the taliban overruns the government. I wouldn’t be surprised if it was this month.