the rats are abandoning the ship

Staff member
How the conflict could spread and reach Australia:

Cyber warfare from russia, retaliation incl from us?

Staff member
@HBS Guy We always have a battalion of bored Marines floating around the Pacific looking for something to do. Let us know if you need them.

P.S. If it looks they're coming, produce more beer and lock down your women.

Staff member
Cyberwarriors are what is wanted.

SethBullock said:
@HBS Guy We always have a battalion of bored Marines floating around the Pacific looking for something to do. Let us know if you need them.

P.S. If it looks they're coming, produce more beer and lock down your women.
Click to expand...

They should take up fishing if they're bored. Given the Russians lack luster performance against the Ukrainians, I doubt the better trained Aussie soldiers will need help. As long as they keep WMD's out of play, we'll be fine.

johnsmith said:
They should take up fishing if they're bored. Given the Russians lack luster performance against the Ukrainians, I doubt the better trained Aussie soldiers will need help. As long as they keep WMD's out of play, we'll be fine.
Click to expand...

Ukraine's defence ministry says Russian Lieutenant General Yakov Rezantsev has been killed by Ukrainian forces near the southern city of Kherson, the seventh Russian general to die since the invasion began.
Click to expand...

Staff member
Yup. Rank and file do not dare make decisions and don’t even want to fight so generals etc have to come to the front lines to ensure their orders are carried out. That makes them vulnerable to enemy fire and even friendly fire—Shades of Lt Gen Albert Sydney Johnston having to encourage a brigade to attack the Hornets Nest and being killed probably by friendly fire (Battle of Shiloh.) Top brass do not belong on the front line!

US Grant wore a private’s blouse with just shoulders straps showing his rank—something the russian generals would do well to emulate.

Staff member
Suicidal switchblades aka loitering munitions from US to Ukraine:

HBS Guy said:
How the conflict could spread and reach Australia:

Cyber warfare from russia, retaliation incl from us?
Click to expand...


America is sending suicide drones(and missiles) to kill Russians. Now America is creating a new manufactured narrative, to force its flunkies into a retaliatory cyber-assault against Russia. Why? Because the Russians MAY be planning a cyber-attack on America's infrastructure. And, what is the evidence?

"Moscow COULD BE planning an attack in retaliation for US sanctions on Russia over its invasion of Ukraine, Ms Neuberger said. “If Russia initiates a cyber attack on the US, we will respond.”.

Again, NO EVIDENCE! The rest of the article is just another American "stroke-job". Sounds like America just needs another manufacture excuse, like the WMD's in Iraq, or the Gulf of Tonkin incident in Viet Nam, to invoke the ANZUS treaty. Just more of the same insinuations/speculations/suppositions. All designed to incite the gullible and to convince the ignorant.

Why are you sheeples cheering for the possible end of the world? Do you really expect Putin to just ignore these meddling countries, that are complicit in the deaths of his soldiers and generals? Or, do you think that Putin will just bow to the will of meddling countries? America has been attacking/killing people in other countries for over 30 years(war on terrorism and drugs), and not a peep from NATO. But, Russia attacks a sovereignty that was once a part of the USSR, and it becomes open season on the Russian army.

When will we stop manufacturing our own truths to satisfy our blood-lust and greed? When will we stop listening to the media's(government's) self-serving propaganda? Haven't we learned anything from the mistakes of the past? Why not just think of the grave consequences of provoking the most powerful nuclear country on the planet? We are NOT being attacked in any way by Russia! So stop acting as though we are! This is none of our affair. We are NOT helping the Ukraine. We are just increasing the number of body-bags!

Staff member
And if there is no cyber attack (i.e. no more than normal) there won’t be any need for retaliation!

Meanwhile, the mayor of Irpin, which has been the scene of some of the heaviest fighting, said the city had been "liberated" from Russian forces.

A senior US defence official said the US believes the Ukrainians have also retaken the town of Trostyanets, south of Sumy, in the east.
Click to expand... As Russia's Deputy Defence Minister says the country will drastically cut its military activity around the cities of Kyiv and Chernihiv, a Russian strike in Mykolaiv rips apart a building, killing at least seven and injuring many more.

This speech is more important today than back in the 40's. We've still learned nothing from our mistakes, or about our true purpose.

I have no idea what you're talking about. The Ukraine is certainly NOT just letting Russia simply take over. Also, Poland was invaded by Russia in 1939, and it was annexed to the USSR. Poland chose between being annexed to Russia, or being captured by the Germans. But of course, Poland has been a sovereign independent state since 1989. And, has NOT been taken over by the Russians. In fact, the Poles are supposedly sending fighter aircrafts to the Ukraine. You should really stop ignoring context, to support your fear-mongering narrative.

As far as Russia taking over Germany, Scandinavia, or other countries, I seriously doubt if territorial expansionism is next on their to-do list. Just more of the same irresponsible manufactured, parroted, fear-mongering Russia-hate propaganda. Trying to justify our interference, and to incite ignorant people, who hate Russia anyway. Do you think these people think that they might be bringing about the end of the world? Have you read "On the Beach"? Why don't we just concentrate on our own urgent domestic issues? We are not the world's morality police!

Now Australia is sending arms to the Ukraine. This will only increase the body-bag count on both sides. Giving people more arms to kill more people, WILL DO JUST THAT!! Duh!!

Staff member
putin wants to recreate the glory of the USSR. 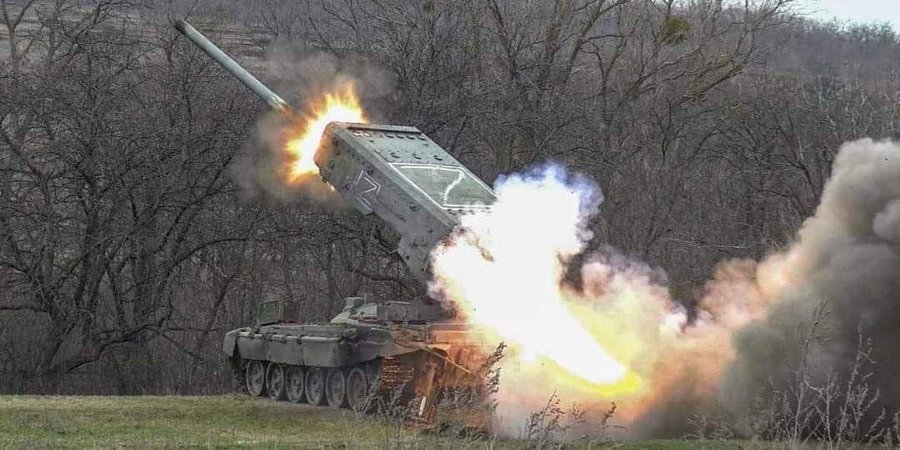