The Aurora of Mars photographed

Images from the orbiter are the most detailed yet of the planet’s discrete auroras, ultraviolet emissions that follow the patterns of a decaying magnetic field. 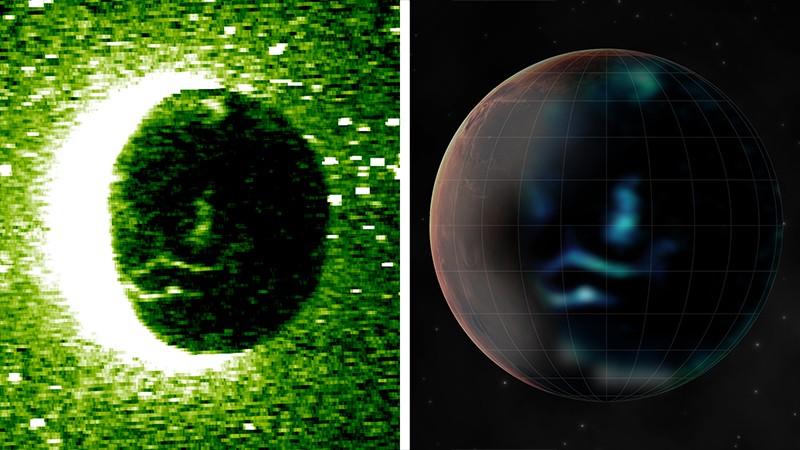 The United Arab Emirates’ Hope spacecraft has taken the most detailed pictures yet of the ‘discrete auroras’ of Mars. The ultraviolet emissions — seen by the orbiter’s onboard spectrometer — arise when solar wind runs into magnetic fields that emanate from Mars’s crust. Charged particles then collide with oxygen in the upper atmosphere, causing it to glow.

Hope, formally known as the Emirates Mars Mission (EMM), arrived at Mars in February and started its official science run on 23 May. The primary science goals of the 1.35-tonne, US$200-million mission focus on the planet’s atmosphere, not on its magnetism, so the aurora images came as a bonus.
Click to expand...

Q Anon will interpret this as a signal that Trump will be reinstated in August.