Portent of doom ... Australia, Israel and South Africa rank near the top of Swiss Re’s index of risk to biodiversity and ecosystem services

Aussies, it's happening in your backyard. Recently the UN proclaimed the Great Barrier Reef was endangered. Australia's government reacted by poo-pooing the UN.

People get the government they deserve. Australians wallow in self glorification of their great country, and slandering of blacks, Muslims, refugees and boat people and foreigners in general. while the ecosystem burns and collapses and is clear-felled around them.

Australians believe the world problems have nothing to do with Australia and that they should be free to enjoy coal-fired energy and fracking free of guilt while they frolic in their quarter acre estates.

Fifth of countries at risk of ecosystem collapse, analysis finds
This article is more than 8 months old
Trillions of dollars of GDP depend on biodiversity, according to Swiss Re report 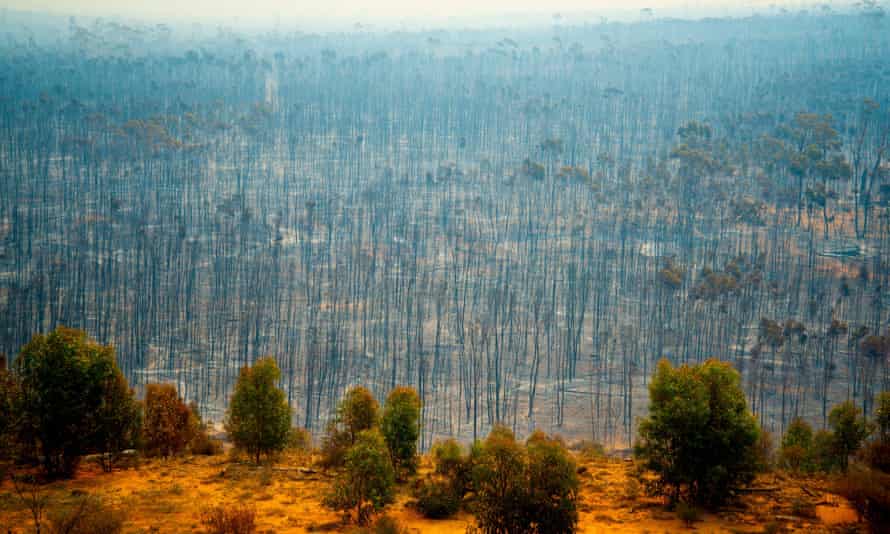 Bush fire devastation in Australia. The country is near the top of Swiss Re’s index of risk to biodiversity and ecosystem services. Photograph: Adwo/Alamy


One-fifth of the world’s countries are at risk of their ecosystems collapsing because of the destruction of wildlife and their habitats, according to an analysis by the insurance firm Swiss Re.
Natural “services” such as food, clean water and air, and flood protection have already been damaged by human activity.

More than half of global GDP – $42tn (£32tn) – depends on high-functioning biodiversity, according to the report, but the risk of tipping points is growing.
Countries including Australia, Israel and South Africa rank near the top of Swiss Re’s index of risk to biodiversity and ecosystem services, with India, Spain and Belgium also highlighted. Countries with fragile ecosystems and large farming sectors, such as Pakistan and Nigeria, are also flagged up. 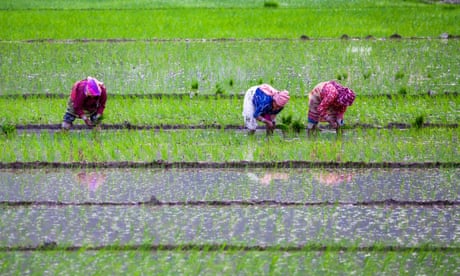 40% of world’s plant species at risk of extinction
Read more
Countries including Brazil and Indonesia had large areas of intact ecosystems but had a strong economic dependence on natural resources, which showed the importance of protecting their wild places, Swiss Re said.
“A staggering fifth of countries globally are at risk of their ecosystems collapsing due to a decline in biodiversity and related beneficial services,” said Swiss Re, one of the world’s biggest reinsurers and a linchpin of the global insurance industry.
“If the ecosystem service decline goes on [in countries at risk], you would see then scarcities unfolding even more strongly, up to tipping points,” said Oliver Schelske, lead author of the research.
Jeffrey Bohn, Swiss Re’s chief research officer, said: “This is the first index to our knowledge that pulls together indicators of biodiversity and ecosystems to cross-compare around the world, and then specifically link back to the economies of those locations.”
The index was designed to help insurers assess ecosystem risks when setting premiums for businesses but Bohn said it could have a wider use as it “allows businesses and governments to factor biodiversity and ecosystems into their economic decision-making”.
Click to expand...