New research shows that Arctic climate changes during the next few weeks may determine if and when the Eastern United States gets another extreme cold wave this coming winter.

Since the 1980s, Arctic sea ice extent has been dropping sharply, while the extent of land covered by snow in Siberia during autumn has increased. Those changes have combined to more frequently contort the “polar vortex” of high-altitude Arctic winds into a dumbbell shape that increases the potential for severe winter weather outbreaks like February’s Texas freeze, the study, published in Science Thursday, shows.

Arctic sea ice this year is once again near a record low, and medium range forecasts call for relatively cold and snowy conditions in Siberia, potentially setting the stage for renewed winter extremes at lower latitudes.

Disruptions of the polar vortex—a belt of strong, high altitude winds usually circling the central Arctic—have become more frequent in the last 40 years, the new research found. In the study, the researchers write that the lack of sea ice in the Barents-Kara Seas and heavier snowfall over Siberia combine to build a wave of high pressure in the atmosphere between Northern Europe and the Ural Mountains, along with low pressure over East Asia.
Click to expand...

The Barents Sea, north of Norway and east of the Svalbard archipelago east of Greenland is being Atlanticised and remains largely ice free even in the Arctic winter.

If their rising energy is absorbed by the upper atmosphere, it’s more probable that the circulation above the Arctic will remain stable. But sometimes if that energy bounces downward off the polar vortex it distorts the vortex, pushing one end of the cold dumbbell over Siberia and the other toward the eastern half of the United States.

Why that energy is sometimes reflected downward remains one of the big climate mysteries, said study author Judah Cohen, a Boston-based climate researcher and director of seasonal forecasting with Atmospheric and Environmental Research (AER). But how the process can drive winter extremes was shown in February 2021, when bitter Arctic air swept southward across Texas and even into Mexico. The freezing conditions across Texas killed 210 people and crippled regional transportation and power grids. The National Oceanic and Atmospheric Administration reported that the region’s prolonged exposure to Arctic air resulted in power outages affecting nearly 10 million people across the South. NOAA estimated the cost at more than $20 billion, making it the costliest winter extreme event on record in the United States. and the nation’s costliest climate-related extreme of the year so far.
Click to expand...

During the Texas freeze parts of the Arctic were 28°C warmer than normal! The Arctic is changing and driving climate extremes in the high and medium northern latitudes.

Worth reading the whole article.

Staff member
There is another study into this:

. . . .
Recent spells of unusually cold winter weather in the United States and other parts of the Northern Hemisphere could be a paradoxical consequence of the climate warming in the Arctic, according to a study based on decades of atmospheric observations. However, it is still unclear whether this represents a long-term trend that will persist as the world heats up.

The Arctic’s rate of warming is twice that for Earth as a whole, and some climate researchers have long suspected that this rapid Arctic warming can trigger anomalies in the winds around the North Pole, with consequences for weather thousands of kilometres farther south.

“Conventional wisdom is that while global warming means more heatwaves, it will definitely lead to less cold spells and snowfall,” says Judah Cohen, a climate scientist at the Massachusetts Institute of Technology in Cambridge, and lead author of the study. “But that’s not quite true. There are mechanisms by which climate change can contribute to more severe winter weather too.”

One dominant feature of the winter atmosphere above the Arctic is the polar vortex, a fast-flowing band of high-altitude winds. The vortex normally isolates the atmosphere over the Arctic from warmer air closer to the Equator. But when the polar vortex stretches and undulates, as it sometimes does, chilly air can leak out to latitudes that would otherwise rarely experience cold snaps. Such extreme weather can prove fatal in regions unprepared for frosty conditions — in February, at least 111 people died in Texas when cold Arctic air hit the state and parts of northern Mexico. 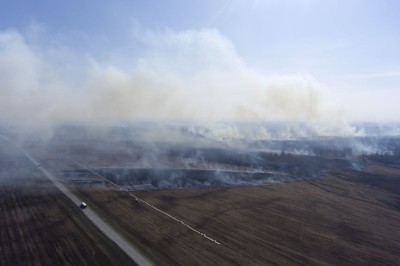 The Arctic is burning like never before — and that’s bad news for climate change
In their study, published this week in Science1, Cohen and his colleagues compared 40 years of satellite observations of atmospheric conditions over the Arctic with experiments based on computationalclimate models. The models probed how a decline in Arctic sea ice and snow cover would affect airstreams in the region. Since ice and snow reflect a large fraction of incoming sunlight back into space, whereas the darker ocean and land surface absorb more radiation, this decline is known to drive Arctic warming.

The researchers found that episodes of polar-vortex stretching have markedly increased in the past few decades, and that their models reproduced this behaviour well when they included the effects of Arctic warming.
Click to expand...

Not everybody agrees with the study and models are not in close agreement but I feel polar vortex wobbles do have a role to play in extremely cold weather in middle latitudes.