Nikki Haley is an opportunistic political slut ... Trump on Nikki Haley: 'Every time she criticizes me, she uncriticizes me about 15 minutes later'

Nikki Haley is struggling for traction in the slippery slope of GOP POTUS candidature for 2024 with even Mike Pence kicking her anus.

In a newly published interview with Vanity Fair, former President Trump takes a jab at his former United Nations ambassador, Nikki Haley, a possible 2024 GOP presidential contender who said she was furious with her ex-boss for his role in the Jan. 6 Capitol riot.

“Well, every time she criticizes me, she uncriticizes me about 15 minutes later,” Trump said to Vanity Fair. “I guess she gets the base."

During an interview with Politico earlier this year, Haley expressed her frustration over Trump’s actions around the Jan. 6 attack.

“When I tell you I’m angry, it’s an understatement,” Haley told the news outlet when asked if she had spoken with Trump since the insurrection, adding that she was "disgusted" by the ex-president's treatment of former Vice President Pence.

“Mike has been nothing but loyal to that man. He’s been nothing but a good friend of that man," she said. "I am so disappointed in the fact that [despite] the loyalty and friendship he had with Mike Pence, that he would do that to him. Like, I’m disgusted by it.”

Trump kept up his criticism of Pence, another possible 2024 primary challenger, in the latest Vanity Fair interview. He said his former vice president may not fare well among voters because of his role in certifying the 2020 presidential election results.

“Mike hurt himself very badly when he didn’t send the numbers back to the legislatures,” Trump told Vanity Fair.

The Hill has reached out to spokespeople for both Pence and Haley.

Trump himself has not officially stated whether he will vie for another presidential run, which could keep GOP presidential hopefuls in limbo as they seek to avoid entering his crosshairs.

But more than three years out from the next presidential election, the ex-president is far ahead in the polls of potential GOP candidates for the White House.

A July Hill-HarrisX poll found that 56 percent of registered Republican voters said they'd consider casting their ballots for Trump in the next GOP primary, compared to 28 percent for Pence and 15 percent for Haley. ...
Click to expand...

I’d vote for her.

We have a potato for a President right now, and he should GTFO.

I’d vote for her.

We have a potato for a President right now, and he should GTFO.
Click to expand...

So you agree she is a political slut?

Nikki Haley was a political virgin in terms of POTUS aspirations in 2015-16 during the GOP POTUS challenger contest and she was a never-Trumper.

She lost her virginity, her morals, and her ethics in 2017 to Donald Trump.

Nikki Haley is a political slut who might become a political prostitute if she continues to fall to her knees in Donald Trump's presence.

johnsmith said:
it's a pity you didn't apply the same standard when you voted for trump

My option was the wicked witch of the east. 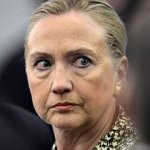 Staff member
The reason Democrats are attacking Nikki Haley is because they're afraid she could win in 2024.

She is more qualified for the job than any president we've had since George H. W. Bush. Classy, experienced, articulate, conservative but not too conservative.

So much for Democrats' fake support of women, as they call her a "slut". Hypocrites ... as usual.

SethBullock said:
My option was the wicked witch of the east.

so the standards apply unless the other person is someone you don't like .... she is far more articulate and experienced than trump ever was, as for class, thats subjective ... by the way, you had other options

SethBullock said:
So much for Democrats' fake support of women, as they call her a "slut". Hypocrites ... as usual.
Click to expand...

get over it .... supporting womens rights doesn't mean you have to support every woman with an agenda