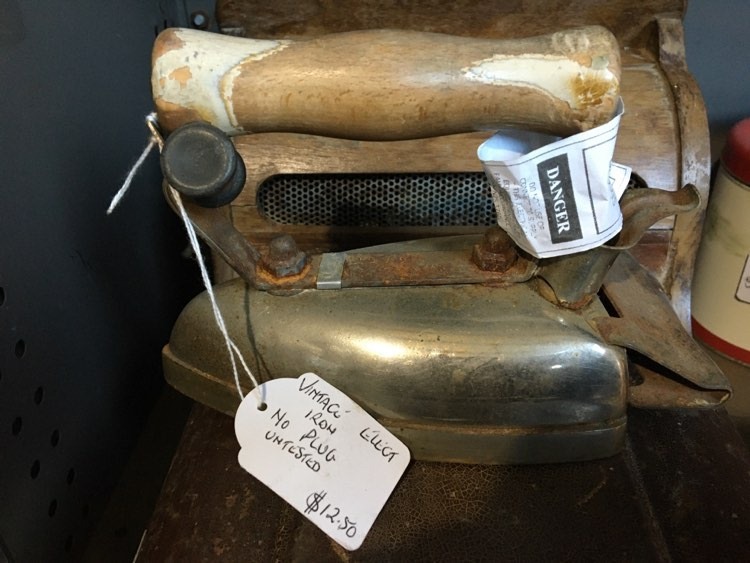 Naturally I care less whether it has a cord or works!

These old irons were all $5–15 except one with a metho tank which was $70, dunno why these are so dear!

Staff member
it's no good unless it comes with someone to use it. I already have two I don't use.

I am best using a 5 iron myself.

Staff member
Probably when you should use the putter.

Staff member
Got an iron with a metho tank! Cheapest there was, looks unused, $66 less 20% discount. And a trivet to rest a hot iron on.

Also bought the frame (+pedal + wheel) of a singer sewing machine—predating electricity like my irons. A shelf half way up—house my collection of irons, nice bit of timber on top—very sturdy and stable side table.

Put this on layby: it comes with a real naf bit of marble, try and argue the guy (only a “caretaker” in that shop today) to reduce the price if I don’t take the marble.

Staff member
I bought an early electric iron! At what is more or less a junk shop. Told the girl behind the counter “I needed an iron” and got a wonderful look in reply LOL! No way would I even think of plugging the cord in! It is the sort of shop where there is no EFTPOS. So I joked “No cash discount I suppose?” with a big grin on my face. Got the iron for $20, price tag was $22.

Staff member
Did not buy—already spent plenty and council rates and water rates due—but saw a really nice old iron: there is the thick metal base plant then brass(? think it was brass) sides about 3": high. The handle was on a lid over the hollow container and that has a latch that you undo, pivot the lid, pour in the hot coals, pivot the lid back and fasten the latch again. How neat is that? Neat price tag too, nevertheless I will own that iron before long.

Weighs a ton empty! Those poor housemaids and housewives! And imagine the washing! take out the machine/tub and start cranking the wringer—no spin dry then!
Last edited: Sep 4, 2020 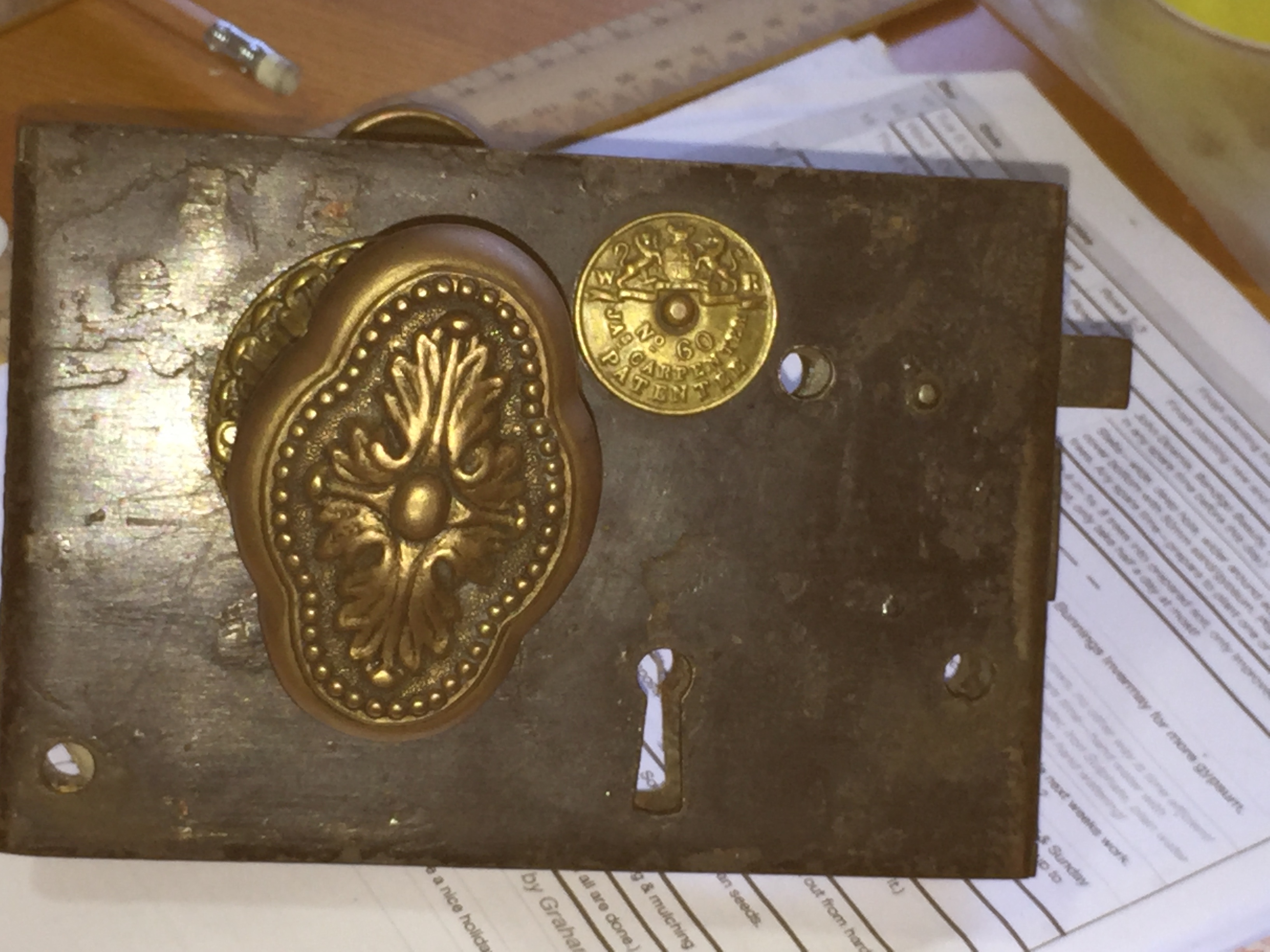 The little round brass plate says it was made and patented by Jas Carpenter. No details on the lockmaker yet.

Get that brass cleaned and polished, look nice I reckon. Dunno where yet—toilet door lock?

Staff member
It is OLD!

What follows is Jim Evans' account of this one firm, which started out as James Carpenter and became Carpenter and Tildesley, under which name they continued until about 1919 when trading under that name seems to have come to an end.
Click to expand...

Turn of the century?

In 1830, jointly with John Young of Wolverhampton, he took out patent no, 5880, an improved design of latch bolt and lock. The two agreed to divide the patent into rim lock use and mortice lock use, James Carpenter going on to construct rim locks while John Young had the right to make mortice locks. Carpenter named his rim lock "Number 60". It became known as "Carpenters lift up lock". It was his invention to make the latch perpendicular instead of horizontal, which renewed the vitality of the town's staple industry. As his business grew he erected a large factory in New Road, known as Summerford Works. James Carpenter died in 1844, aged 68,
Click to expand... 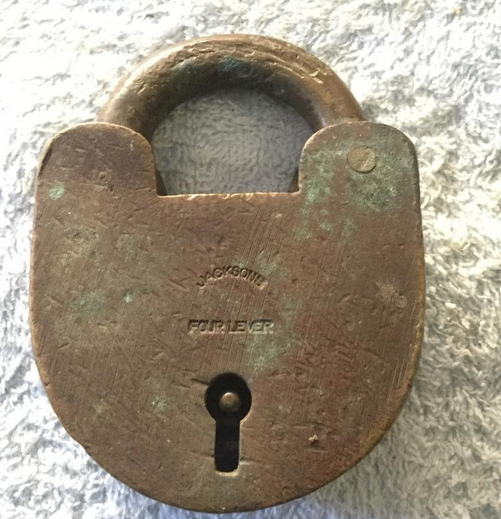 you kept your ancestors shackles ... bravo

Staff member
What is the curved name there?

HBS Guy said:
What is the curved name there?
Click to expand...

Staff member
Know anything about the lock or the maker?

HBS Guy said:
Know anything about the lock or the maker?
Click to expand...