Strange Facts in the Brooklyn Subway Attack​
The assailant left a lot of evidence behind, and his motive appears to be racist black supremacy.​

At least 10 people were shot and roughly 20 more injured Tuesday morning — no fatalities — when a gas-masked assailant detonated a gas canister and opened fire in a Brooklyn subway station. Authorities believe that assailant was Frank James, who as of this writing is still at large. We name him only because he has yet to be apprehended. 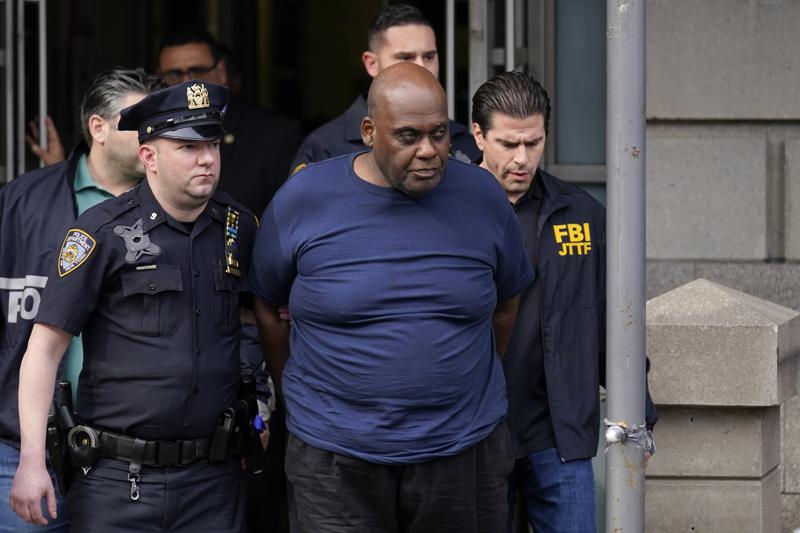 At first, New York police named James as a “person of interest,” but as they collected evidence they elevated him to a suspect. For one thing, the assailant fled and left behind numerous belongings. The Associated Press lists them: “the gun, extended magazines, a hatchet, detonated and undetonated smoke grenades, a black garbage can, a rolling cart, gasoline and the key to a U-Haul van.”

Police evidently also found James’s credit card at the scene (which seems rather strange and convenient), and they linked it to the U-Haul van, which was rented in Philadelphia the day prior and parked a few miles away at another subway station.

In other puzzling news, ABC News reports: “There were no working cameras in the 36th Street station, according to a police official. The cameras, which are aimed at the turnstiles, didn’t transmit in real-time due to a glitch computer malfunction, a source said. The same glitch impacted cameras at the stops before and after 36th Street.” Police identified James using cellphone video from a bystander.

Regarding his motive, the mainstream media still insists it’s not clear. But James is black, and he appears to be a racist. His social media posts are littered with angry black supremacist rants and threats of violence. He supported the Black Liberation Army and Black Lives Matter, posted a call to “kill all the whiteys,” and loved Fidel Castro and hated Donald Trump. “This nation was born in violence, it’s kept alive by violence or the threat thereof and it’s going to die a violent death,” James said in one video. “There’s nothing going to stop that.”

He was previously on the FBI’s radar, but he clearly isn’t the kind of terrorist Joe Biden and Merrick Garland claim to be most worried about.

We haven’t seen any indication that James is Muslim, but we do note that Ramadan began April 2 and goes until May 2. We also note that Joe Biden just announced his ATF nominee and more gun regulations the day before the attack. James used the kind of extended magazines Biden wants to ban. These facts could be purely coincidental. Or not.

Also noteworthy is the fact that numerous Democrats, including Alexandria Ocasio-Cortez and Jerry Nadler, vehemently opposed former Governor Andrew Cuomo’s plan to increase the number of Metropolitan Transportation Authority (MTA) officers in New York City subways. They alleged it was part of the “systemic racism” they routinely rail against. Again, these facts could be purely coincidental. Or not.

If the suspect was a white supremacist, you can bet that Leftmedia outlets would be vigorously asserting connections to Republicans. When they figure out they can’t make political hay out of this one, it will disappear from the news.
Click to expand...

Well, what do you think?

If the assertions are proven factual, that this shooter's motivation was a case of 'Black Racist Supremacy', how fast do you think this 'fact' will fade from the news cycle.....How glaring will the Leftist MSM's hypocrisy be? How fast will they be to blame the gun & the magazines for the shooting, rather than putting the full blame where it belongs......on the perpetrator who committed the crime.....

So far, there's zero evidence suggesting he's a black supremacist or that the attack was motivated by race or skin colour.
S

The assailant left a lot of evidence behind, and his motive appears to be racist black supremacy.

Well, what do you think?

If the assertions are proven factual, that this shooter's motivation was a case of 'Black Racist Supremacy', how fast do you think this 'fact' will fade from the news cycle.....How glaring will the Leftist MSM's hypocrisy be? How fast will they be to blame the gun & the magazines for the shooting, rather than putting the full blame where it belongs......on the perpetrator who committed the crime.....

I'd say that you should practice what you preach. You SHOULD always put the blame squarely on the perpetrator who commits the crime. Who cares how much media time is devoted to a crime? Or, what the media's political motives are? In many cases, the media had toned down the obvious motives behind racial hate crimes. Remember when Whites were legally beating, lynching, burning, murdering, and killing Blacks during the reconstruction era? Lynching's were a media event for years. Until the churches, and humanitarian groups realized just how hypocritical they were being. You can't go to a church preaching "good will to all man", and then go burn down the nearest Black church.

Now, because one Black racist supremist injures over 30 people, and posts “kill all the whiteys,”, you want to politicize this event as a lack of due diligence by the left media? Really? There is no excuse, or motive for attempting to take the lives of over 30 people. No matter what their race is. If he is guilty, then he will be prosecuted and imprisoned. Although, I am curious why the media posted all the evidence against him over the air. I mean every piece of incriminating evidence except a handwritten confession. Do you think that anyone now thinks that he is NOT guilty? I mean, leaving your credit card at the scene!

I personally believe that every one of the 6 out 10 people who commits suicide with their extended macho-phallic symbol, should be blamed on the misreading/misinterpretation of the 2nd Amendment. And, definitively on the NRA, and all the related gun mags exploiting this weakness.

greggerypeccary said:
So far, there's zero evidence suggesting he's a black supremacist or that the attack was motivated by race or skin colour.
Click to expand...

The social-media rants of the 62-year-old suspect reveal a man consumed with hatred of white people and convinced of a looming race war.

“O black Jesus, please kill all the whiteys,” was one meme he posted.

He’s not too complimentary about Hispanics, Asians and his own race, for that matter, and claims to have had long-term mental-health problems. The 29 victims of Tuesday’s shooting were a multicultural mix, as you would expect in a crowded rush-hour subway train. Police say James detonated smoke grenades before firing 33 shots on the Manhattan-bound N train. Police found a hatchet, three ammunition magazines, fireworks and gasoline. It’s a miracle no one was killed.

But whatever his psychiatric issues, James sounds very much like other ideologically fixated, identity-obsessed killers who have emerged since the BLM-Antifa racial movement of 2020 and the hate speech it unleashed.

Like Darrell Brooks Jr., who allegedly plowed his car into the Waukesha Christmas parade last November, and Noah Green, the Nation of Islam adherent who rammed Capitol Police last April in a quickly memory-holed attack, James espoused the rancid, racist ideology of black supremacy, once known officially as “black identity extremism,” which we have been assured by the FBI and other legal experts doesn’t exist.

“White people and black people, as we call ourselves, should not have any contact with each other,” James rants in one of hundreds of YouTube videos posted to a channel under the user name “prophetoftruth88,” from which police took a screenshot to identify him as a suspect, and which was removed from YouTube Wednesday.