Past election and other vintage threads.
Post Reply
315 posts

No. Talking Horse and Jovial Monk don’t post there no more. Neither should you.
Top

HBS Guy wrote:No. Talking Horse and Jovial Monk don’t post there no more. Neither should you.

Strategy is—let them stew in their own juice and get fed up with each other.
Top

That board is horrible over there, I don't want to post there anymore.
.
Top

It is horrible! Let them make it more horrible, let some of the ugly excuses of humans drift away, then see if can rescue the fragments or let the board be finally closed.
Top

Now AiA tries to get me to respond. You think they feel threatened? Fuckwits! Don’t respond to AiA Annie, that is what he wants.
Top

Yeah, I was tempted to post, but didn't. Don't wanna comment on there anymore. No matter what I say, they will trash me. The board is full of crazy people.
.
Top

No, he said I lied, but you made one post since then. Since I hate AiA for what he has done I think I was fucking generous letting him come here to chat with you via PMs. I am afraid if you do other than stay right away he might post more of your PMs so just stay away and let him rave at me.
Top

Wish Aussie would stop his idiotic games there, he is a figure of fun there now, nothing more.

REALLY piss them off by not posting there in any way shape or form!
Top

Have hidden Politics and Off Topic from guests for a few days—fucking roach read my post to Celly and turned it into a post over there. Na ah you don’t.

Think Aussie has been guest posting there, pointless! Counterproductive!
Top

Well well, the strike is already working—word from mantra is “AM” is talking about closing my account. Let him. There is nothing in there anyway, made sure of that. Please don’t even look there! We give those parasites there life and I no longer want to give them life and recognition.

it is in the vortex:

This is the best bit.

Since he won't be posting any more, maybe I should close his account?


You might think you're funny, but this is cruel.

If you close his account - close mine too - perhaps Annie will request the same and maybe some others will follow suit.

Hmmmmm another proof “AM” is a phony: in his election platform he made a hash of the role of Admin, yet “AM” has been moving posts around with abandon, so he knows the phpBB3 system very well indeed!

Not only that, “AM” posts a threat then AiA posts to stop discussion on it. Hmmm a Mod does not contradict an Admin.
Top

In a month or two, I think the main parts might get agreed to.
Top

OK, my post, in Confidential, will be put into the Vortex, or deleted, when AiA wakes up.


We need a new election now!
Forum rules
May I see your card please?
Post a reply

AiA has turned this board into a cesspit.

If you want decent people to post here again:

1. AiA gives up his stupid imposture of “AM” which by now nobody believes

2. AiA publicly apologises to Annie and the board for the lie he told about her sharing her account. That was to punish Annie for agreeing to be a Mod to Aussie.

3. AiA publicly apologises to Annie and the board for publicly posting those PMs of hers, done to punish Annie for signing my Petition

4. AiA resigns as Mod and Admin

5. FD runs a fair election (a novelty for him) in which only “newbies” can run, reason being original PAers have had a good go and blew it in a big way!

I did offer a few members my board as a life raft until this tip, this running sewer gets cleaned up, AiA/AM lied saying I asked them to quit here. I have never done that—see SN’s posts with copies of my PMs to him to see the truth of my statement.

Oh dear, SN bignoting himself for noticing Aussie is an Admin here. Hard to find out, was it? D’uh!
Top 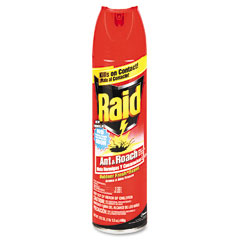 Well, fun and games over there. Guess AiA will rock up as AM some time and ban me for a couple of months. I will tell him to close my account instead.
Top

HBS Guy wrote:Well, fun and games over there. Guess AiA will rock up as AM some time and ban me for a couple of months. I will tell him to close my account instead.

Doubt it. Why did SN post that shit image in the first place? I'd not give the arsehole any credit for taking it down, if he did.....it is possible AiA did.
Top

It was probably AiA, but why not give credit for it? If I had said “about time” then they can go at me but when I thanked SN they can’t. Credit where credit is due, no matter how curmudgeonly and belatedly an act was done.
Top

The day I give SN 'credit' will be the day he unreservedly apologises for those forgeries.
Top

I made a little lie to make me more the “good guy” that is all. I was pretty sure it was past the ridiculously short time to edit posts there.
Top

HBS Guy wrote:I made a little lie to make me more the “good guy” that is all. I was pretty sure it was past the ridiculously short time to edit posts there.

That doesn’t matter. He will be wise enough not to, I’m sure.
Top

Just to let you both know that AIA took down the image of the dog being tortured in SN's post.

I have had a couple of pms from him. He confides that AM stopped in earlier today for five minutes, and that he is not there on the board most of the time. That he warned in the beginning as admin that he would not be around that often.

AIA wanted to know if I could control you (boss) from going crazy all over the board again, demanding this and that. I told him that I agreed with your demands to put a stop to the bestiality and other things like forgeries and general fuckarows going on with several of the members. I told him the place has become a trash fest, and reminded him there have been no new members signing on, that all the guests are members in disguise or lurkers under proxy. I told him the place is a mess.

He said he had not wanted to bother too much taking care of the board this time around, but now he guesses he is going to have to do something to straighten it out.

I told him it would be greatly appreciated.

I will tell you this, I honestly cannot tell if Animal M is really there or not. If you click on "team" you will see that the only admin is Freediver, and the other three are all "global mods" but that one of them, Animal M, has the notation of "Exalted Leader" added.

Animal M is not listed up under the "administrators" like we have ourselves listed on this board. They are listed under the "moderators."

There is a possibility that the Animal M account is a shared account, and that AM, AIA and Boxy have access. Or maybe only AM and AIA.

Or maybe AM isn't really there and never was, and only AIA is admin when he signs into the AM account!

AIA could be telling the truth and AM really is exalted leader admin, and AIA really does have only the global mod permissions. But it looks sus to me.

SN has gone and did not take credit for taking the picture down. I have been polite in my demands saying “please” every time.

They don’t seem to know what to do up there.

Why does AiA not talk to me? He could send me a PM in some detail and I would reply politely and also in detail. All he bloody does tho is move my threads out of confidential and stick them in the Vortex then not engage in discussion. Everything I ask and whinge about is for the good of the board

AM was never here, that email addy AiA said he used I looked that up and used it and it bounced. That, however, is a side issue.

Just tell AiA to talk to me normally and we can work something out.
Top
Post Reply
315 posts