In your own personal opinion.

You are entitled to your own personal opinions, but being an American Citizen myself, I understand & applaud you expressing such personal opinions about something I know quite well.....American Politics.......

DreamRyderX said:
In your own personal opinion.
Click to expand...

No, it's fact. Opinion has nothing to do with it

If, in your personal opinion, she belongs to a cult....s
Click to expand...

It's not my opinion.

She belongs to a very creepy authoritarian religious cult.

Trump nominated her in order to make sure he has the numbers if the election has to be decided by the Supreme Court.

And, it looks very much like that is exactly what will happen.

Trump has declared that there is no way he will accept defeat in November.

He's all lawyered up, and ready to take it to the Supreme Court.

Told you so
months ago

greggerypeccary said:
It's not my opinion.

If it's your opinion, that it's being a Roman Catholic........I'm tremendously proud to say that I am a Roman Catholic, & it is my firm hope that she, as a confirmed Justice to a 6-3 Conservative Supreme Court, that she is instrumental in the demise of the baby murdering Roe v. Wade as we know it today........once, & for all time. 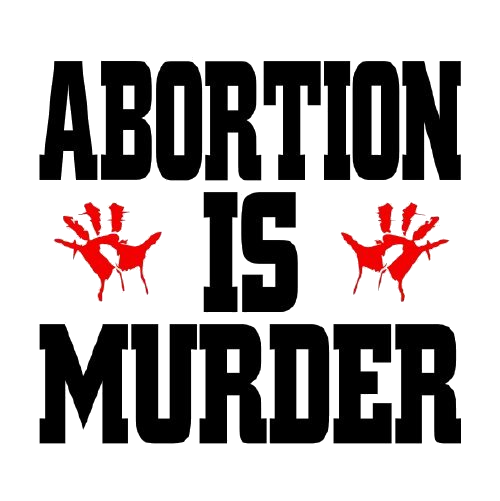 So you agree that the Democrats would do the same thing.

johnsmith said:
I could be wrong but in Obamas case the upcoming election was still about 6 months away wasn't it? And the rethuglicans objected on the grounds of an upcoming election ... yet 6 weeks away isn't a problem?

6 months, 3 months, 1 month .... whatever. The Democrats would do the exact same thing if they could.

DreamRyderX said:
If it's your opinion, that it's being a Roman Catholic........

Not the Roman Catholic Church - People of Praise.

She's a member of People of Praise - an authoritarian religious cult that treats women like second class citizens. 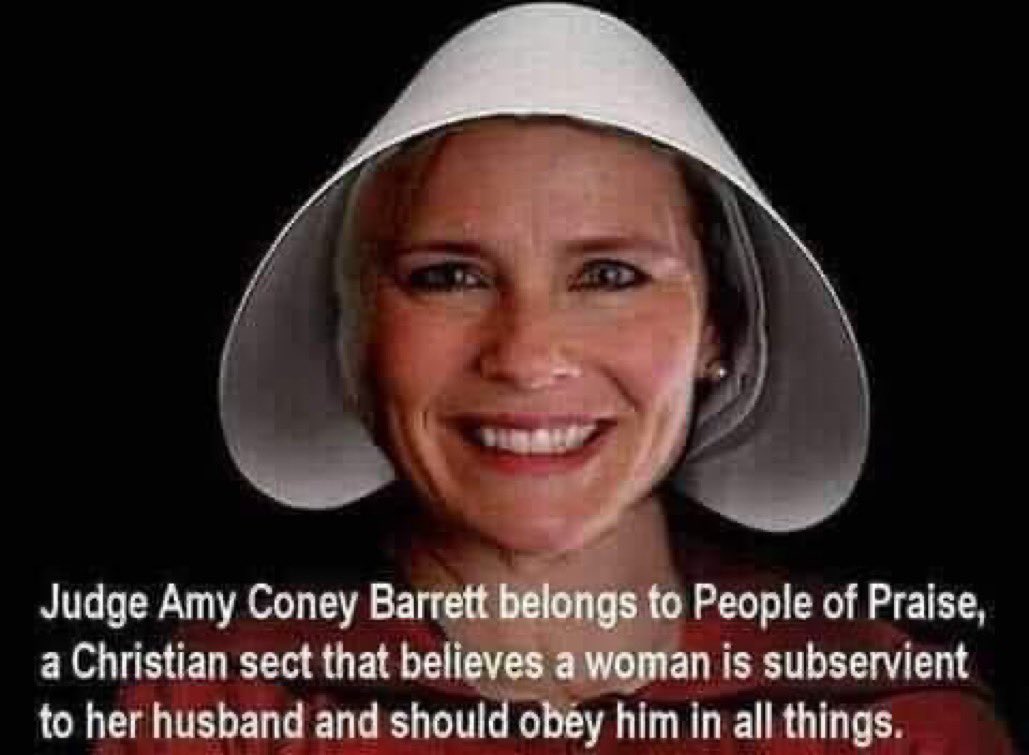 Staff member
Geez, can’t you see what is happening to your country?

HBS Guy said:
Geez, can’t you see what is happening to your country?
Click to expand...

They can't, for some reason.

Americans seem to be blind to what's happening.

It's very sad to witness.

America is nothing like it was four years ago, and if Trump manages to steal the election in November through the Supreme Court, I don't think it will ever be the same again.

Staff member
A woman should have control over her own body. Not only are states closing abortion clinics they are closing clinics to do with womens’ reproductive health. Rich women just fly to Canada or UK etc and have abortions there: these things hit only poor women, remove from them the power to control their own bodies, their own lives!

HBS Guy said:
A woman should have control over her own body. Not only are states closing abortion clinics they are closing clinics to do with womens’ reproductive health. Rich women just fly to Canada or UK etc and have abortions there: these things hit only poor women, remove from them the power to control their own bodies, their own lives!

Have a read of this, and see how this revolting creature Barrett and her evil cult treat women.

..Democracy Now! You've got to be joking! It's bias is so far Left that that it makes MSNBC look like Sean Hannity's Fox News. In their first year, Democracy Now! was one of the first national programs to air radio commentaries from the controversial journalist and former Black Panther Party member, Abu-Jamal, who is on death row in Pennsylvania for the murder of a Philadelphia police officer. The 1997 decision to air Abu-Jamal's commentaries caused Democracy Now! to lose twelve of its then 36 affiliates.
Last edited: Sep 28, 2020 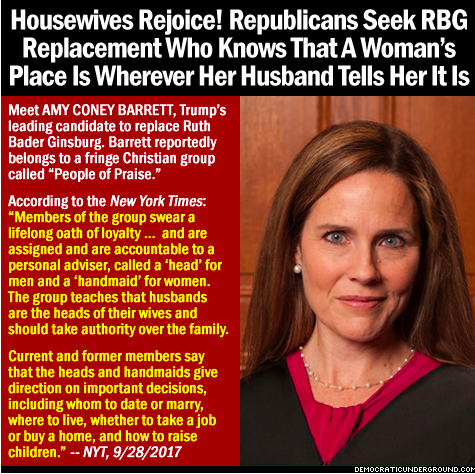 Staff member
Geez, is this really the 21st century or the sixteenth?

HBS Guy said:
Geez, is this really the 21st century or the sixteenth?
Click to expand...


He’s setting up Judge Amy Coney Barrett for a full Senate vote well before the end of October.​ 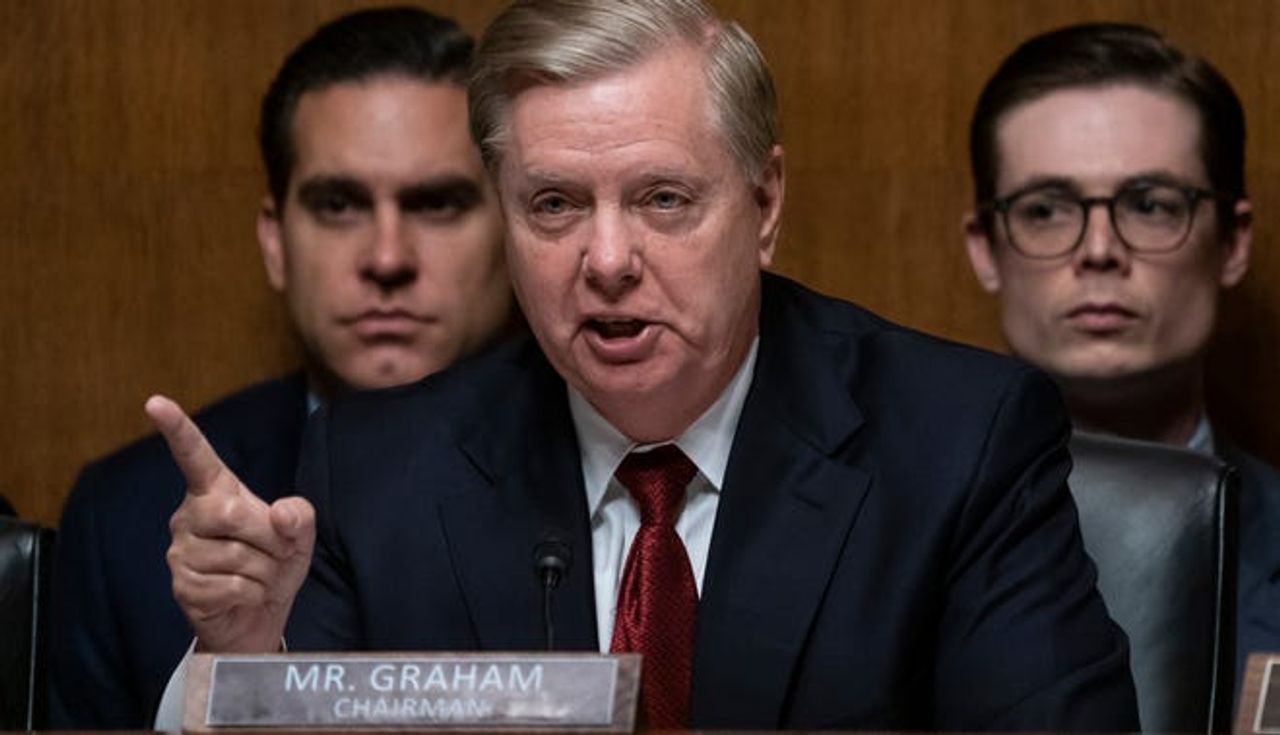 Senate Judiciary Committee Chair Lindsey Graham laid out a swift timeline on Sunday for confirming President Donald Trump’s Supreme Court nominee, Judge Amy Coney Barrett, telling Fox News his committee will approve Barrett by October 22. That could tee up her nomination for a full Senate vote before the end of the month.

Graham’s schedule is putting the Senate on track for what could be one of the fastest Supreme Court justice confirmations in modern American history, and there’s not much that Democrats can do about it.

“We’ll report her nomination out of the committee on October 22,” Graham said. “Then it will be up to [Senate Majority Leader Mitch] McConnell as to what to do with the nomination.”

If Graham is able to stay on that schedule, McConnell will have the option to hold Barrett’s confirmation vote before Election Day — or during the lame-duck session after the elections....................continued

Looks like a done deal in the Republican controlled US Senate.......Graham says he'll move it out of committee, & to Mitchell quick smart, & Mitchell says he's got the votes to set an immediate final vote, & then confirm within an hour........so the only thing necessary is to go through the 'formalities'.