⮞ What is Identity Socialism?

hatty said:
DRX you could possibly be more full of shit than anyone i have ever encountered.

i'm sorry that rich, straight, white men didn't get to keep their slaves.

Both instances in history, where Americans needed to withstand & overcome great sorrow, were used to convey to you ignorant assholes (you in particular Hatey) how Americans have dealt with death in the past, & will surely deal with death in the future....... Americans don't laugh at death, or take it lightly, but they assuredly won't dwell on it's shock value like y'all on the Left do.

No, to the contrary.......Americans, being the proud people they always are, simply mourned respectfully, dusted themselves off, then proudly got up & got on with living........Life belongs to the Living.........A Living that never forgets those that passed before them, as they strive to overcome yet greater challenges..... ............What’s the goal of identity socialism? Ultimately it’s about trying to get people to define themselves in terms of their race, gender and sex organs. These various forms of division are intended to create large, resentful victim groups. The Left hopes to bring together enough of these victim groups to form a popular majority. In this way, they can then rule unobstructed over the rest of the population.

This doesn’t merely involve confiscating people’s money but also forcing them to conform to the social norms of the Left on pain of being ostracized, shut down or even locked up. The conservative watchdog group Project Veritas even recorded Bernie staffers talking about putting Republicans and conservatives into gulags and reeducation camps. As one of them, Kyle Jurek, addressed them, “We’re going to have to teach you not to be a f*ck*ng Nazi.”

The problem with identity socialism is that we are more than the sum of these identities. We are humans, and we are also Americans. We are neither pure victims nor victimizers, on the contrary, the line between good and evil runs through every human heart. If we want to bring the country together, if we still believe in one America, we should reject the politics of division and resentment that defines identity socialism.
Click to expand...

The Ultra-Left's Extreme New Identity Socialism......it needs to be convincingly rejected long before it's cancerous disease can spread.....it isn't to late!

sorry when is the next insurrection supposed to happen?

but your saviour does not allow me to pity you...... 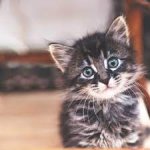 
Should biological males, because they wish to identify as female, should they be permitted to participate & compete in female only sports as Sleepy Sniffin' Joey Biden & the IOC says they should?